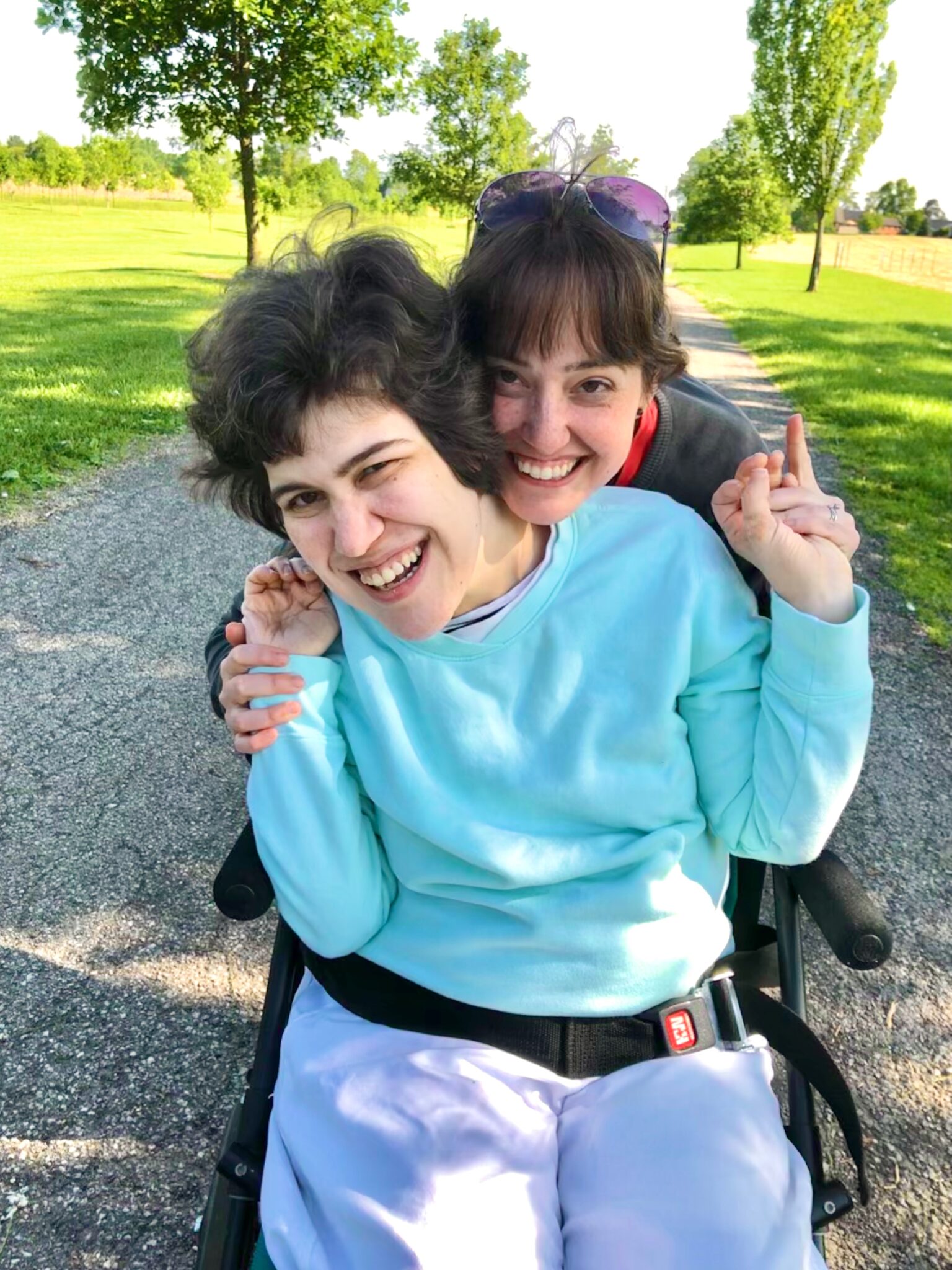 Dianna Temple is pictured here with her older SIB Jackie. She also has a younger SIB, Emily, a practicing OB Labor and Delivery nurse at Ohio Health in Mansfield. Dianna has a bachelor’s degree in Fine Arts, a Master’s degree in Visual Studies from the University of Missouri, and an Occupational Therapy Doctorate from the University of Toledo. Throughout her studies, she has completed academic research involving teenage siblings of people with disabilities using the Photovoice method, published research on the impact of creating digital stories for caregivers of those with dementia, developed a self-advocacy program and researched how the history of photography impacts the way we view disability.

Dianna has worked with people with disabilities for over 12 years.  She began as an AmeriCorps volunteer for the Wood County Special Olympics, where she coached volleyball, bocce, swimming, bowling, and track. Dianna also trained and accompanied an athlete in track and field for the 2011 World Special Olympic Games in Athens, Greece. Dianna became an occupational therapist for the Wood County Board of Developmental Disabilities. Later she became the Health Supports Coordinator; where she promoted health supports, accessibility needs, day programming, and work accommodations. There she learned invaluable knowledge about advocating for people with disabilities and their families and how the DD system supports them. Additionally she has worked as an aide for a boy with Autism, a service coordinator, and as a school occupational therapist.

Her SIB Jackie cannot talk, and they have always shared a connection through photography. In 2009 she made a documentary photography project of her sister’s day habilitation where she photographed her and her friends. From 2012-2017 she assisted Bowling Green photography students with a community collaboration where students partnered and photographed adults with disabilities. They presented their work in local galleries. In 2020 she completed a portraiture project with a man that uses a power wheelchair. Together they made long-exposure photographs of his spinning wheelchair to promote visibility of disability. She also worked with a team of people including people with disabilities, artists, occupational therapists, and student engineers to create an accessible gallery experience considering the needs of those with wheelchairs. Dianna has also taught photography classes as a graduate student at the University of Missouri and as an adjunct for North Central State College.

During the pandemic, she moved with her husband Matt to be near her family on a small farm in Mansfield, Ohio. Working with Ohio SIBS is a dream job for her. She understands the importance of the sibling relationship and she is looking forward to advocating and supporting people with disabilities and their sisters and brothers.